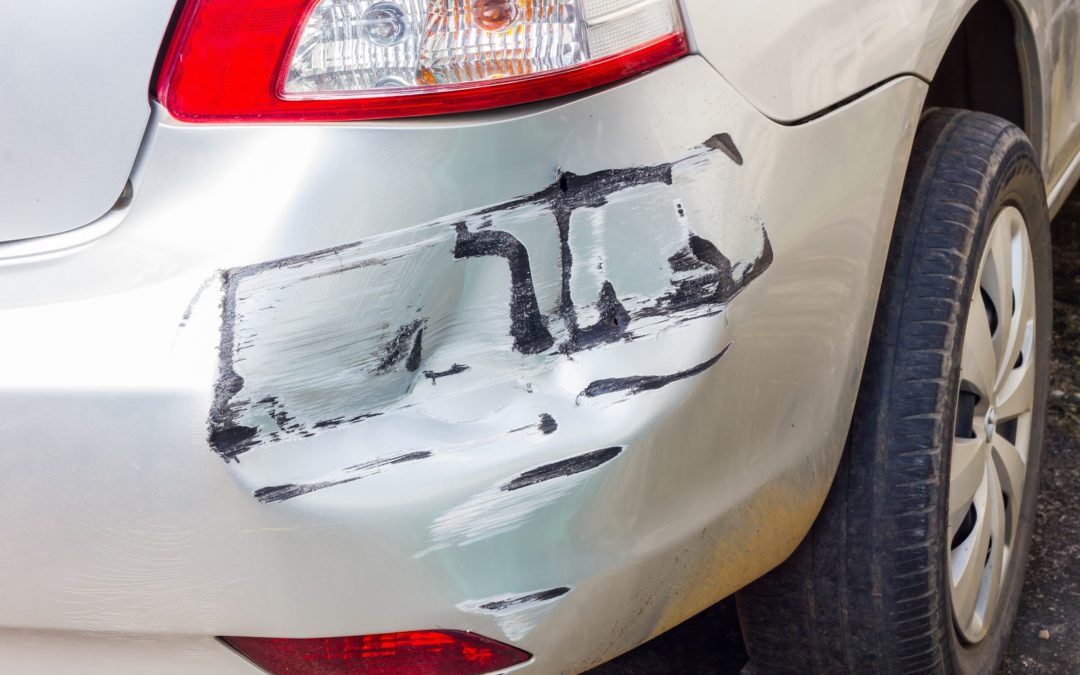 Dents happen to all vehicle owners from time to time.

If you’ve had an annoying ding in the body of your car that you’ve been putting off over the summer, maybe you’ve been asking yourself,

“Is there any good reason to get my dent taken care of before the weather turns cold and rainy?”

Today we will talk about how the California winter season can actually increase your dent damage, and why it’s a good idea to get repairs done while the weather is still mild.

How Rain Can Affect Dents

While you may not have to deal with the typical snow, salt, and slush issues that many states face during the winter, the heavy winter rains in California can still do a number on your vehicle – especially if you have a scratch or dent that’s not been repaired.

“Dents cause unsightly blemishes on your car.

But, the real problem with most dents is the damage they cause to the paint.

Cracks caused by the impact can allow water to seep underneath the paint and clear coat where it will reach the unprotected metal part of the car.

Over time, the water will cause the metal to oxidize, causing rust spots.

If the size of the dent and the damage to the paint are small enough, you may not notice the rust at first. By the time you do, there’s a good chance it will have expanded in size, making it bigger and unsightly compared than the original dent.”

Knowing that rainy weather will soon be upon us, it’s a wise idea to get your dent repaired now – before your damage worsens.

How Cold Weather Can Affect Dents

Even though we are unlikely to experience freezing temperatures in Northern California, colder temperatures in the dead of winter can make auto body repairs harder to handle correctly.

But because dents can lead to further damage if they aren’t fixed right away, it’s critical that you seek a professional dent repair shop that knows how to take care of these repairs properly in any kind of climate.

And it’s especially important not to attempt a dent repair yourself once the weather turns cold.

According to Suburban Auto Body,

“One of the biggest problems that one can face when doing car accident repair in cold weather is the metal on the car becoming damaged.

If a dent is pulled or pounded out when the metal is cold, it can cause cracks in the metal or in the paint around the metal. This can be damaging and can lead to more extensive repairs being needed.

The best way to combat this is to heat up the metal before the dent or ding is removed. The metal should not be heated up too much though, as it can make the metal soft.

As such, we slowly heat up the metal to ensure that we can pull or pound a dent out without causing more damage.”

Never be afraid to ask your auto body repair shop how they deal with cold weather dent repairs. A good shop will happily answer any of your questions and concerns.

3 More Reasons To Get Your Dent Repaired

Beyond rust protection, there are a few other good reasons to get your car dent taken care of now:

If you fix a dent before more damage occurs, it’s going to cost much less than if you wait.

By waiting to get your dent addressed, you increase your chances of rust damage spreading quickly. This is especially a problem if you live in an area with a lot of rain, or along the coast where there’s a lot of salt in the air.

According to Dent Wizard,

“Dings and dents are a big deal for the automotive resale industry, and those in the market for used cars alike.

A vehicle’s appearance inside and out is almost as important as its mechanical condition on the open market. Vehicle resale value can take a huge hit just because of a few dents.”

Even small dents can actually mask structural damage that can compromise the integrity of your vehicles frame.

A small front bumper dent could affect the underlying metal, and cause front end instability without you even knowing it. This damage can compromise the safety of your vehicle – especially in a crash.

While dent repairs often seem like a small issue, it’s important to take care of them quickly. And if you address this damage now, you can save yourself a lot of grief over the winter.

If you’d like to get a dent repair quote before the cold weather arrives, contact Pristine Dent Repair today!